And it goes on

After the first steep climb, we could see where we came from.
Until we reached this place, I was several times slipped on my tongue. But this won’t happen anymore, I put it now over my shoulder.
However, look at this view, isn’t it beautiful? And the clouds are lighten up, unfortunately were the clouds back a few moments later.
Howsoever I have to go for the next part on the trail, but first I need some breath out of my oxygen bottle… 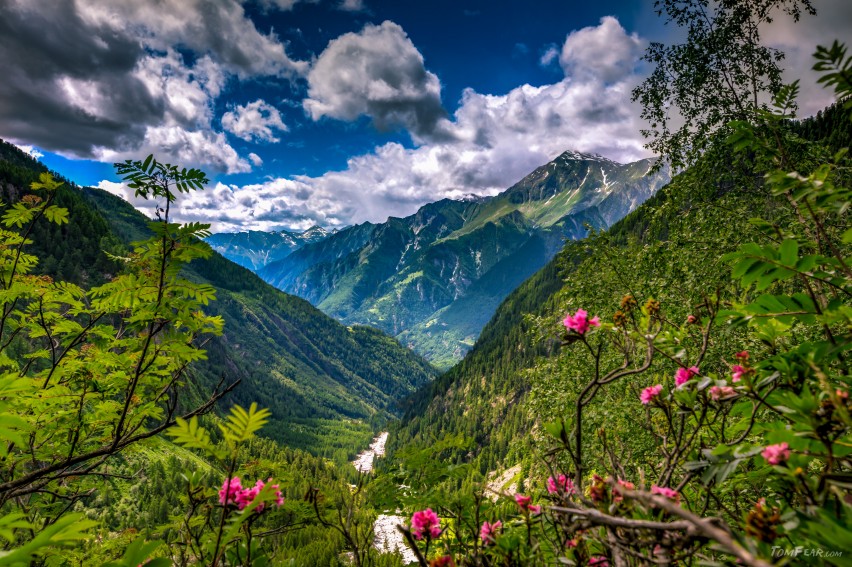 The end of the silence

After a long time of silence a new sign of life.
It was a hard week, because the weather was so stable, I had to go on several photo trips this week. It was really not possible to resist.
Therefore back to the tour in Val Bondasca. Although there was not much color in the sky, there was in favor more color on the ground. The alpine roses were everywhere along our way.
So we have here a classical RGB image 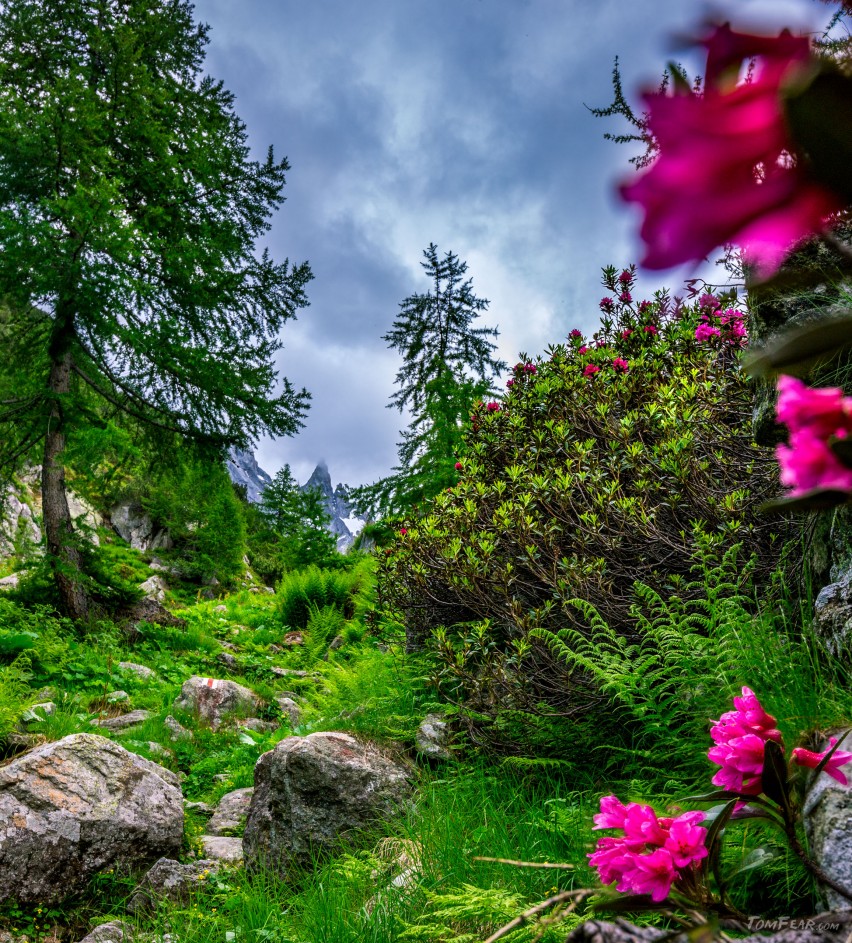