The Orion behind the clouds

It was the day, when I met the midnight paragliders. Yes, you heard right. I was lying in the snow, when the crazy guys were coming up to the peak and begun to unfold their parachutes and started into the nightly sky.
It was the day when I realized, nope, I’m not the biggest madcap in the nightly alps. But anyway, short after I took this image, the sky was completely covered with clouds and no stars were visible. But I could take this dynamic shot of the fast moving clouds with the good visible constellation of Orion.
Therefore I stuffed my gear in the rucksack and walked back to the top station of the funicular. The good thing was, the funicular was working until late night, for night sledding, so I didn’t have to walk down to the car.
But after I left the valley station, I looked up in the sky and what did I see? A clear sky! :-/ 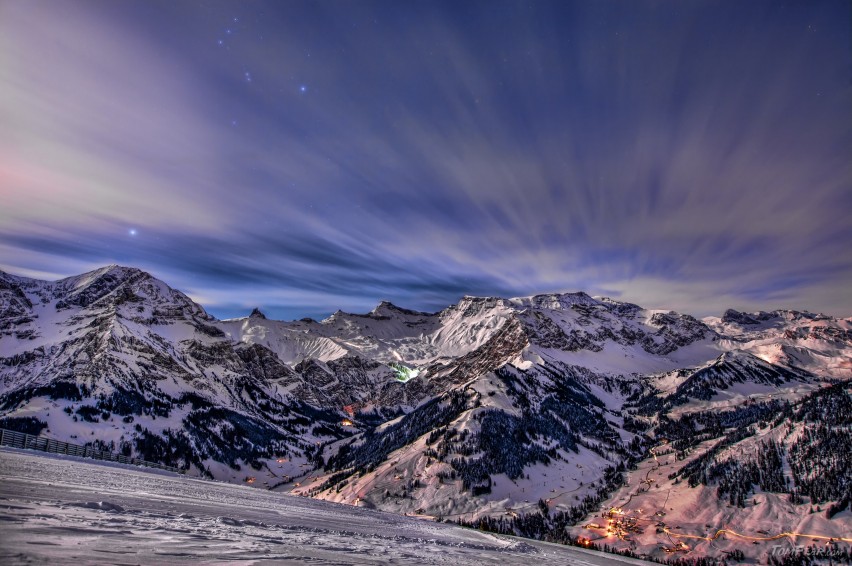 Right after we started at the parking lot, it starts to rain and it rains not just a little bit. But as you think if it rains, then you will find an empty spot, you are wrong.
Although the trail is not that easy to go, there were a lot of tourists on the way. Maybe they thought the same way like we had, if we are here, who knows when we could be there again, so ignore the weather and go anyway.
But well, walking 6 hours through the rain, was interesting experience and it was good, my 5DmkII is weather sealed 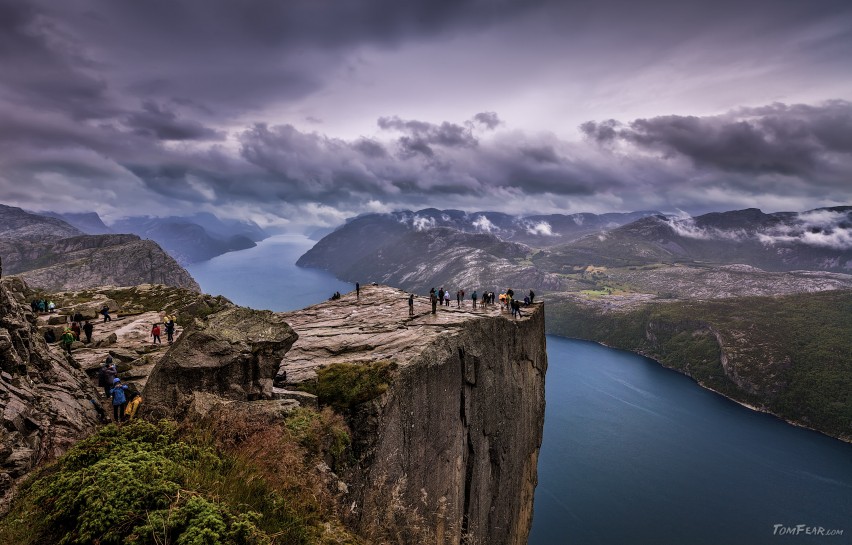 First light over the Melchsee

After a long, cold night there was a silver lining at the horizon. We had nearly no clouds the whole night long, but now at the beginning of the day some clouds were coming up in the sky.
And this was a good thing. Already now you can see a slightly reddish glow at the clouds and this was at the beginning of the blue hour before the sun was rising. If there are no clouds in the sky during the sunrise, the sky is only yellow and the red color is gone when the sun will be visible.
But this time I was to the right time at the right place. Okay, I was the whole night there, but you can still miss the sunrise if you are not watchful. 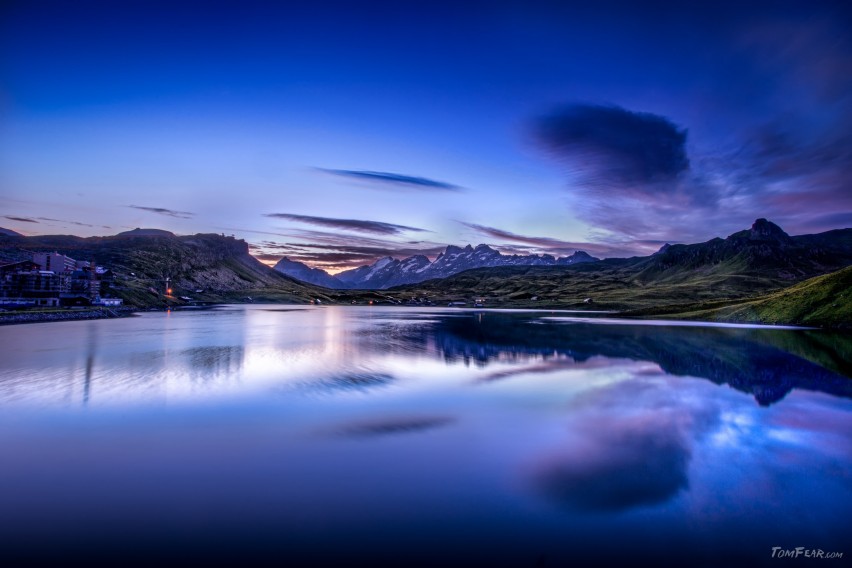 Slowly I creeped nearer to the troll buildings under my ghillie suit I was nearly not visible. But I had anyway a bad feeling while I was crawling over the swampy floor.
But all the effort was for nothing. I didn’t see any trolls. Maybe they were elsewhere on a manhunt. Therefore next time I will use some tripwires to catch them.
I ordered already some laser traps and infrared cameras. They can’t hide from me, someday I will catch one! 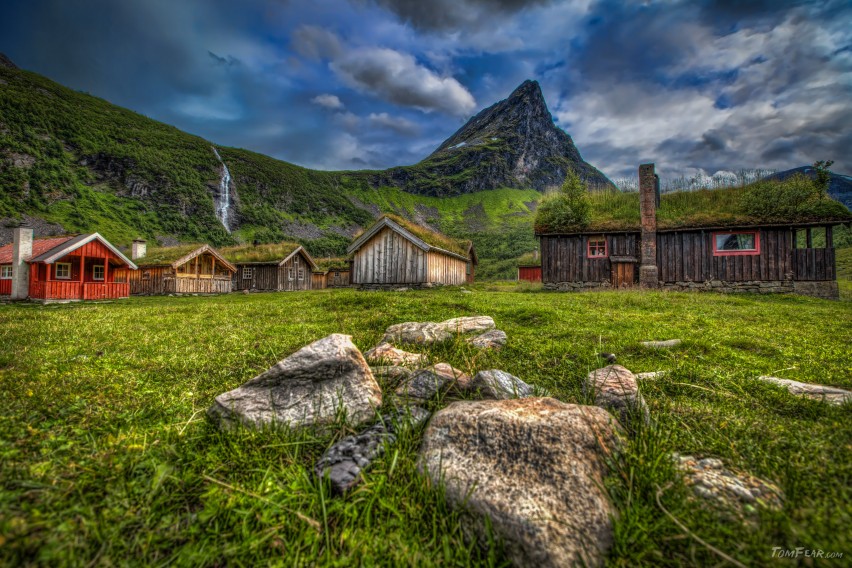 The moon at sunrise

After a long and cold night, I unfortunately didn’t wear long underwear, the sun was lighten up the mountains again.
It was at the Melchsee-Frutt on 2000m altitude and after the good shoes I have now allways long pants with me.  The night was very clear with bright moonlight and therefore the temperatures were falling down although it was summer. With the sun came the clouds and I could take some interesting images while the sun was rising.
And so it was possible to combine the mountain glowing and the moon together on the same picture. 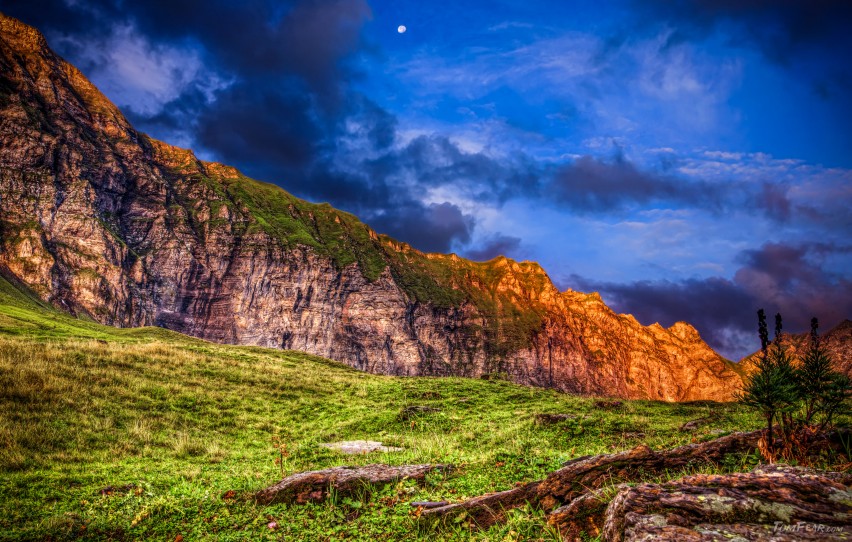