After only a few hours of sleep, because I had to be awake on time for the sunrise and standing again behind the camera, I could enjoy this amazing view over the mountains.
At the evening before, I was climbing with a lot of luggage up to the Great Aubrig in order to spend a night on the mountain and to see the fantastic starry sky with the milkyway above the peaks. And also to shoot some impressive images with my camera. Beside the exhausting climb at approx. 30°C it was a beautiful climb. And at the morning after, still before the going down, I could get some stunning images of a wonderful sunrise. 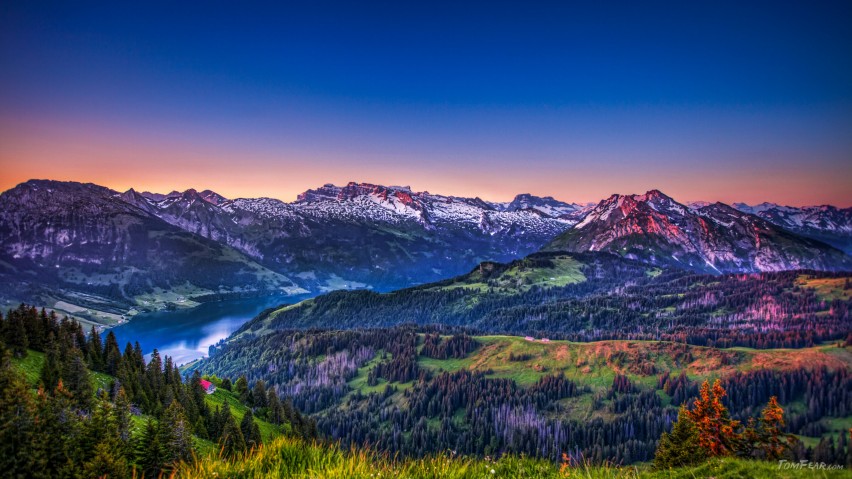 Sunset before the wedding

We were invited to our friends wedding. At the evening before the wedding and the party, I checked out the neighborhood, thereby we have a nice background for our portraits.
Because it was already late, I was able to see the Fuerstenlager at Bensheim in a very nice sunset. E voila here is the result, a beautiful environmet in a stunning light. 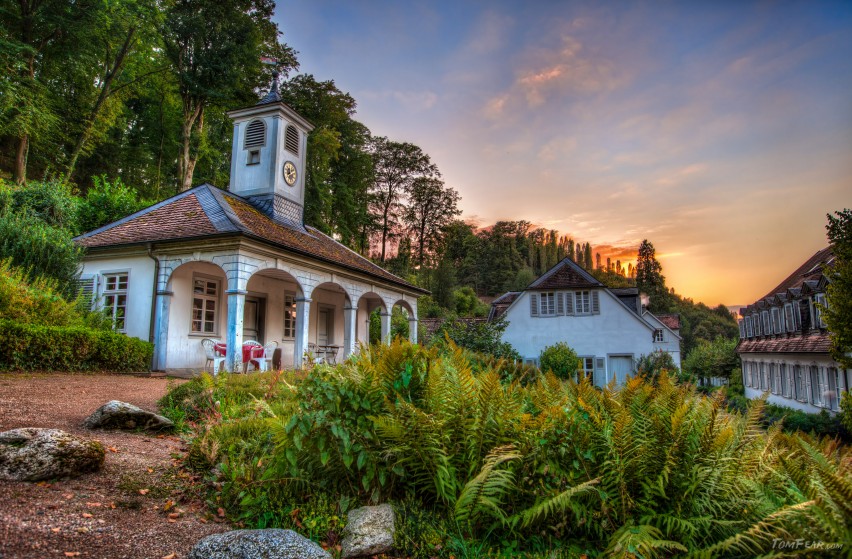 Directly into the sun

After a long night on the Selun, was this the last picture I took, before we left and climbed the burdensome way back to the valley. Actually we thought it would be more easy on the way down, but we were wrong.
It was in minimum as same exhausting as upwards, especially because now was the sun shining. But everytime I’m looking at the images, I think, it was worth it! Mostly is it the same, if you overcome the inner temptation, then you will see it was a worthwile thing. When the winter claws between the mountains

After a long and exhausting weekend full of wedding photos, I found some time again to publish another image.
It was over easter in the Surselva and the winter doesn’t wont to go. Of course it was raining the whole long easter weekend or like you can see on the image it was snowing. Whereat I more like the snow as when it rains, at least snow is looking more beautiful. But let us surprise of the autumn, after the summer was never here this year. 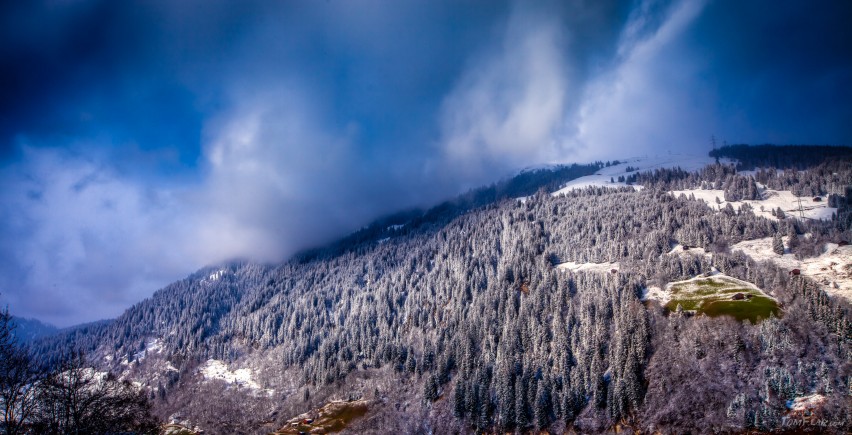 (In english High Wardrobe) and it is not really high, but I am anyway happy, there is a funicular driving up, to the “High Wardrobe”. Well, so is it called, this hill with approx. elevation of 1800m.
I took this panorama with two shots and put it together. On the left side you can see the valley of the Rhine and on the right sight you can see the Alpstein, so called the mountain massif. There you can still see the antenna of the Saentis. Therefore I uploaded the image in a real high resolution and you should better watch it in this real high resolution.

The small dreamy mountain village called Herdalen is as an UNSECO world heritage marked. There we have the proof! Trolls are existing! Because such wooden huts you can find all over the world. And they are already derelicted, who wants this.
Therefore it has another reason to protect this region and what others can this be, than trolls? First I thought I catched one, but no, after a further contemplation I saw it was only a girl… It doesn’t have to be bad, if you can see all the bright enlightened cities. It can also be very nice to look at all the lights, if the lights of the night are illuminating the fog from below.
On this journey I expected it and I wouldn’t be dissappointed. The fog ceiling was enough low and the Mythen was enough high. You have only to carry all the gear up to the mountain and after the shooting you have to carry it more far down, because all the funiculars are no more working. But I could take some nice images and I think it was worth it, or not? Sunset on the fjord

I guess I mentioned before, sunsets in the far north are really relaxing. Meanwhile here in middle europe you nearly have time to grab your camera, before the light show is gone, here up in Norway you can take your time.
At the beginning of the shooting i was a bit edgy, because I dit not want to miss another sunset. But after half an hour was the show still going on and I had nearly no more ideas what else I can shoot. 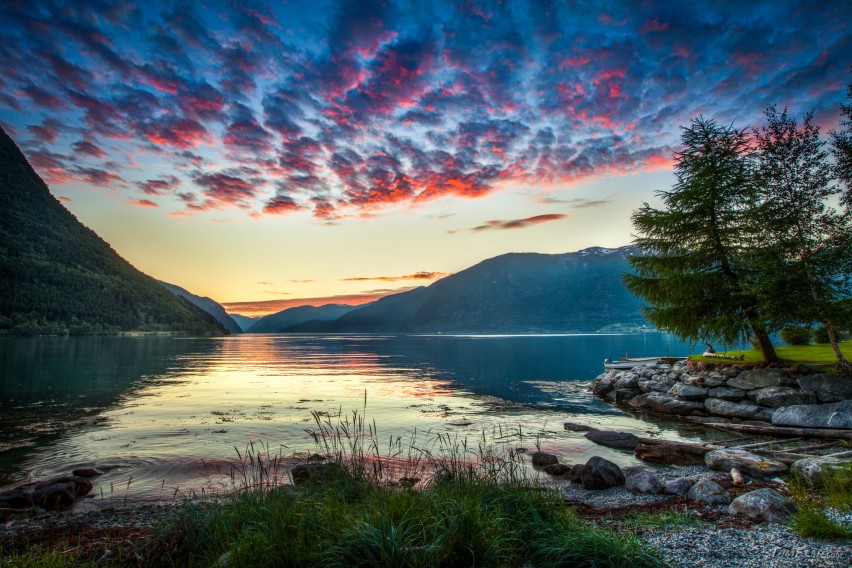 If you drove the Trollstigen in Norway slowly upwards, no it’s not possible to drive at normal speed, there are too many busses and flatlanders

on the street, then you soon reach a highland. In this mountain part you can still find some snow pieces in the middle of the summer.
Therefore we come from the Trollstigen, I guess we are now in the heart of the troll country. Unfortunately I could not catch any trolls, although I used tripwires and photo traps. So we have to be content with the awesome landscape, which Norway can offer us.