The attentive reader may remember my trip here on the Baederalp, when I took the wrong way. You can see the lonely house and there I should take the way left, which leads up to the Baederhorn, this is the 2000m mountain behind the house. But Mr. Fear took the way to the other direction, in to the forrest where you can see exactly nothing. And it was such a clear night without moon, good to see the milkyway … okay enough beeing fussy.
After I was back, I saw some other people, which took the right way, disappear behind the hill. So, when I already missed the nightsky, then I should make some sunrise images. I crossed the cow wire OUCH!, and stepped into the meadow. After I displaced some cows, which tried to eat my backpack, I could take an image of  this beautiful sunrise.

I like the fluffy bumblebees. They are busy like bees and fluffy like Bubu, but I will not cuddle them. Who knows how fast they lift up their ass and stick the sting in my fingers. So I let them working and watch only through my camera. It’s anyway difficult enough to catch this nervous and camera shy insects. 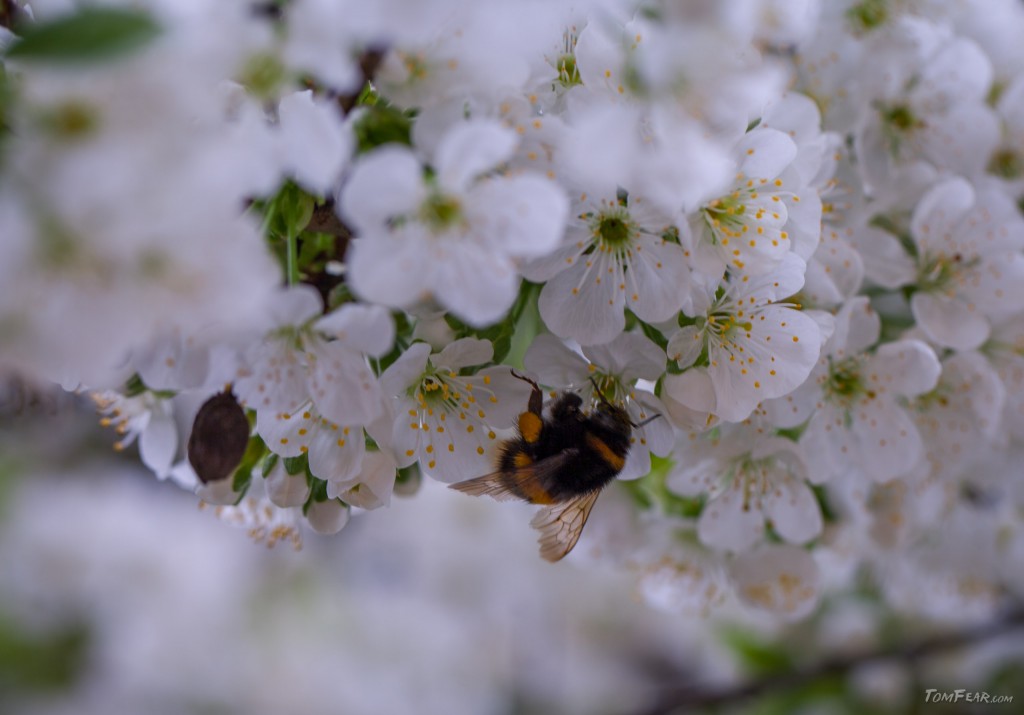 The clouds are getting thicker over the troll hats. Maybe it’s better I’m leaving now, who knows what’s happen when the trolls come back… 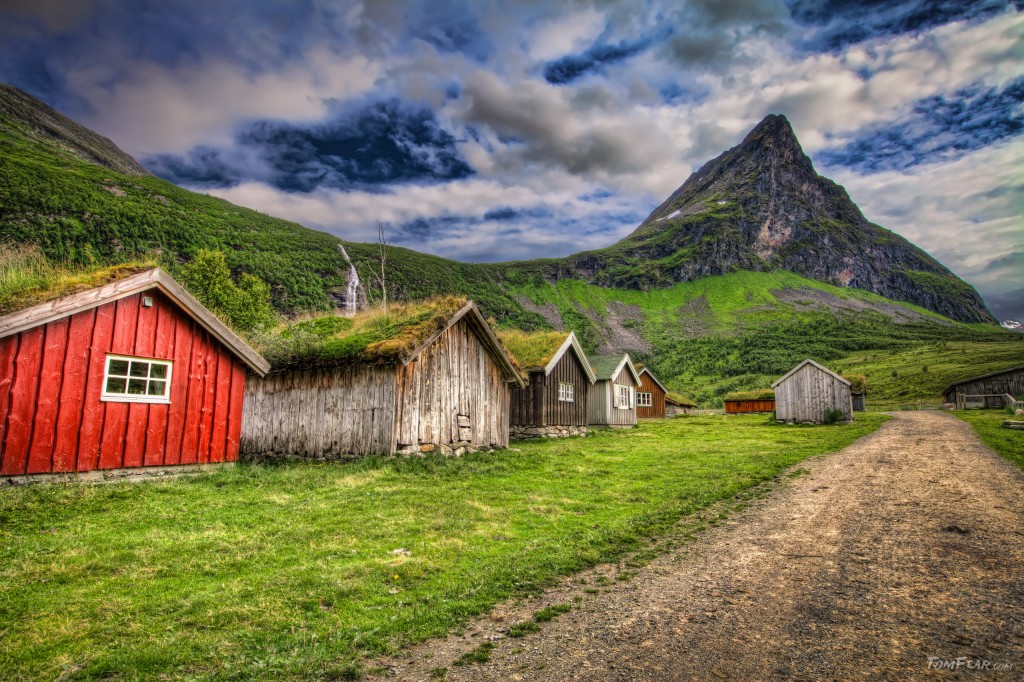 This post is dedicated to all of you, like me, who is suffering under the pollution of this plants. It’s the agressiv grass party. They think it is a good idea to use the air to transport very dangerous chemical materials.
We need clean air and therefore I founded a petition to stop this pollution. If we can collect enough signs, we can force a democratic decision, where all has to follow, yes!
It has to stop now! Vote for pollen free air!
By the way, this was a very tricky exposure and this are real grass pollen. 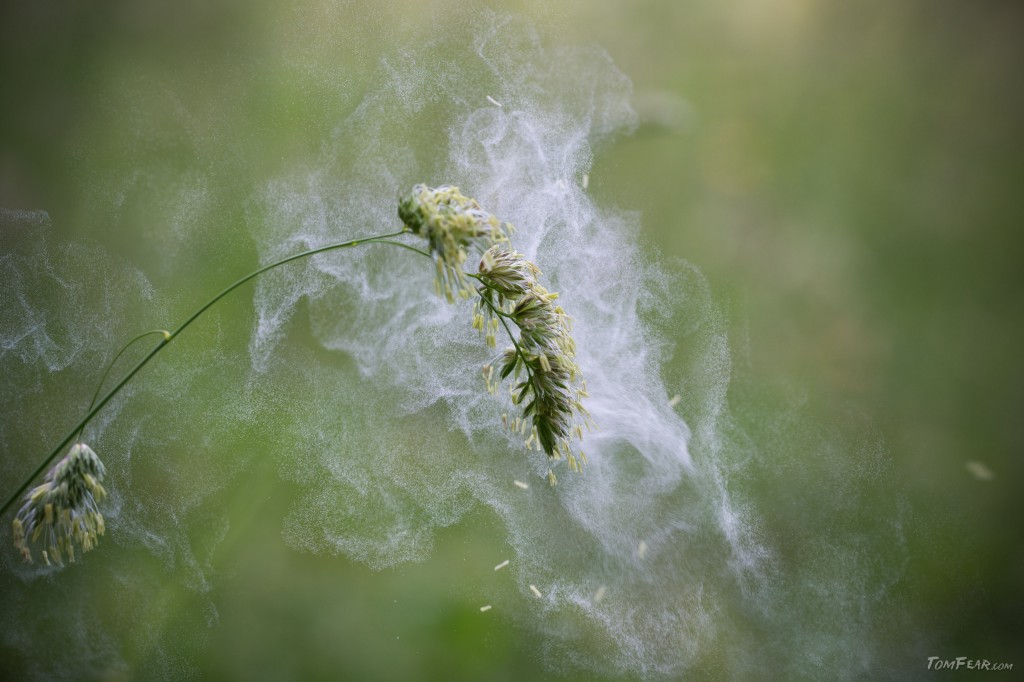 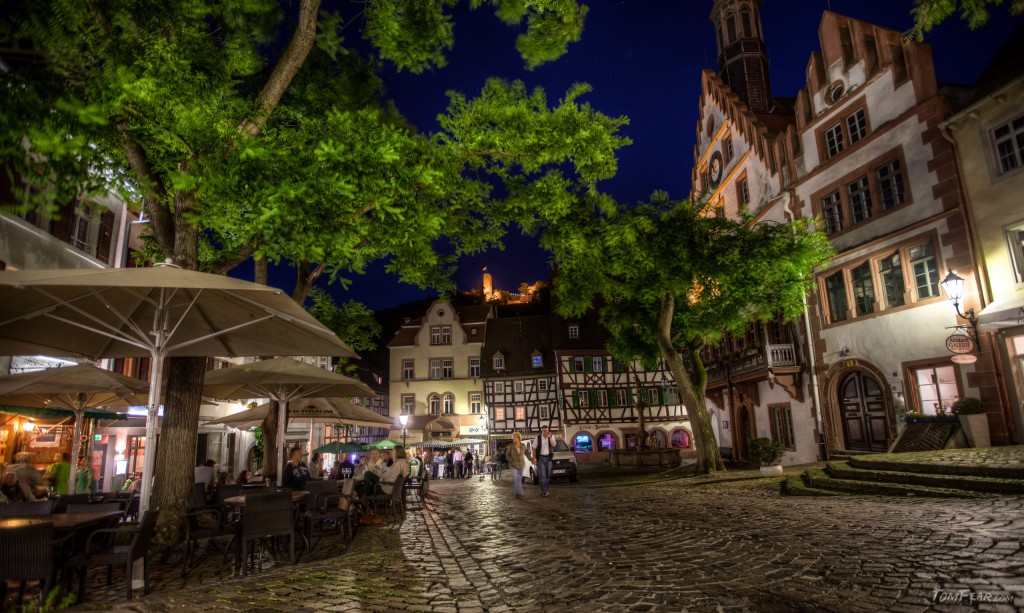 The beautiful sea of fog

It was one of these grey and foggy day in the autumn and I told me, why not go and see the other side of the fog. And so I packed my rucksack, jumped in my car and drove to the mountains.
After a short ride with the cablecar and a longer hard climb up to the Mythen, I missed the sunset. But all my hopes to see the beauty of the sea of fog are beaten by this extraordinary view down to the world. You can still see the orange sunset while up in the sky the stars are already blinking. And then, the lights through the fog, how amazing! I was really impressed by this wonderful sightseeing down to the civilisation.
After some shooting hours on the peak, I walked back to my car, this time I have to walk the whole way down, the cablecars are no more working after midnight. I reached the car at one o’clock and I was back at home approximately at three o’clock – good night. 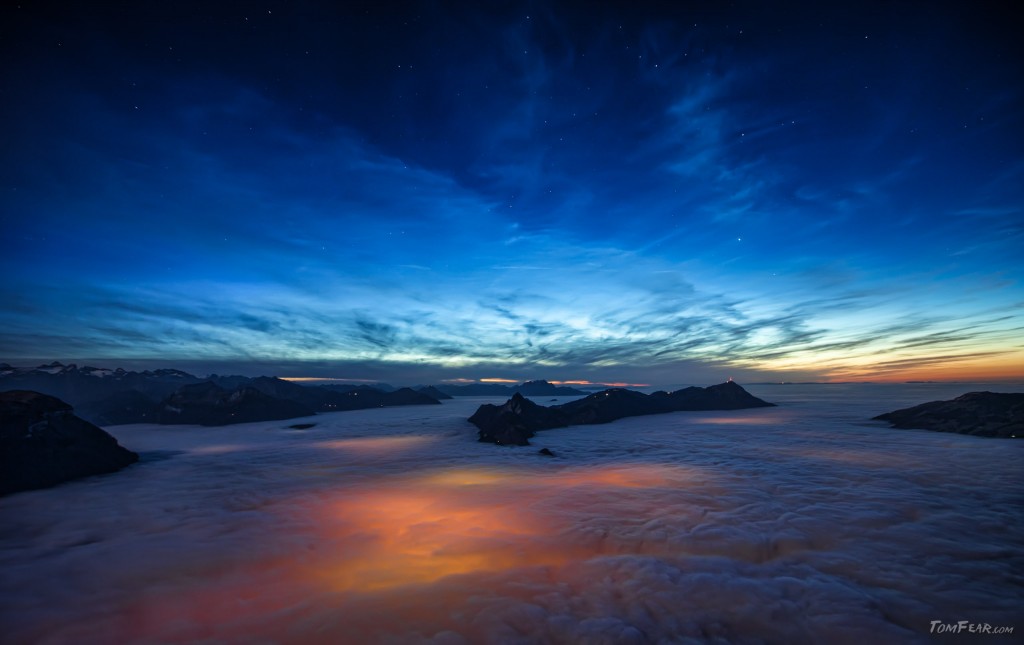 When the dusk falls

It was one of  these evening, when I expect it could get an interesting sunset. I grabbed my cam run to my car and put rubber on the tarmac. Until I found a place where I can get a nice image, the show was nearly gone. But I catched this one.
I should take more time to shoot photos and not run outside, when the show is already running. 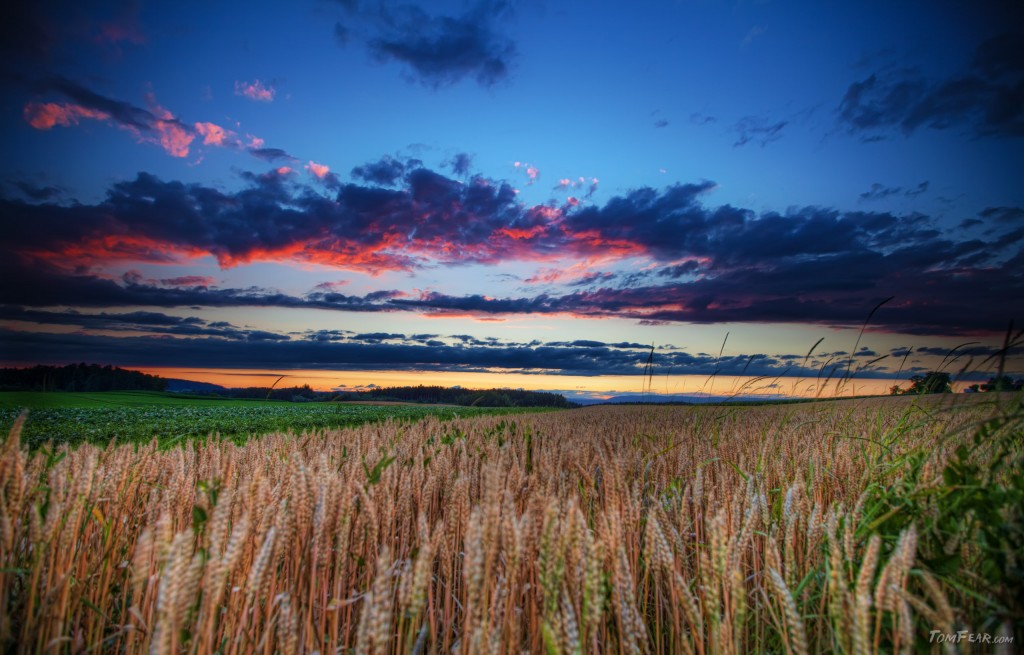 Another image from my norway trip. It’s near the town of Odda and at the end of the valley on the the other side of the lake, you can see a bit of a big glacier.
I was walking to the end of the glacier tongue at another day. But I could not reach it, because it was so steep and I was worried about my buddy Bubu, which was accompany me. 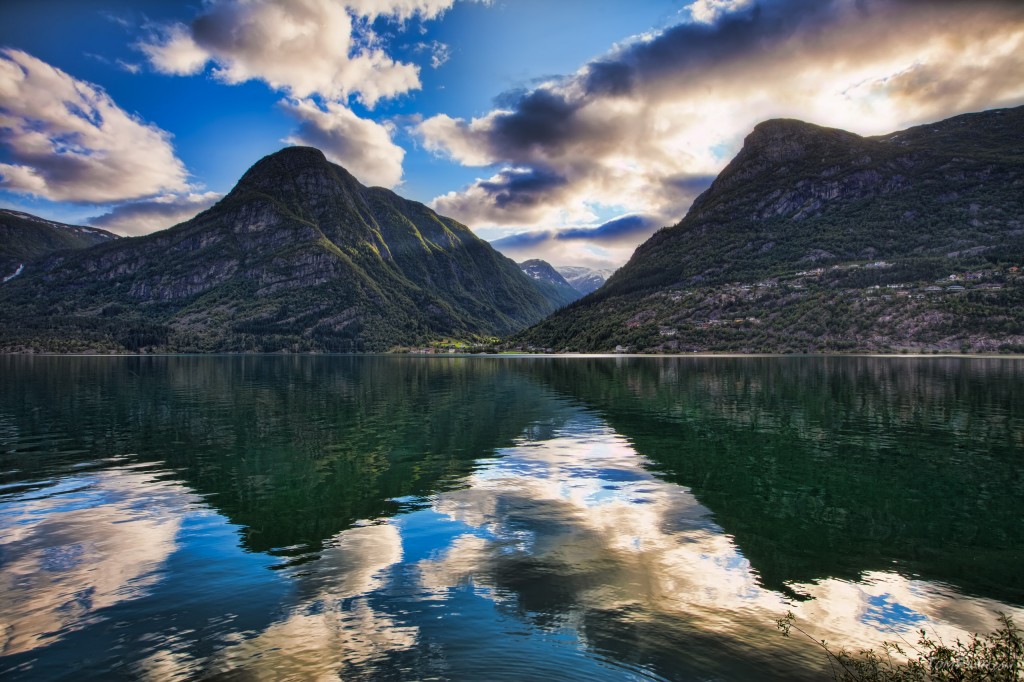 A bird in the sky

Here on the country side of Switzerland, we can see a lot of this red kites. The tricky part is, to get a photo of them. If you are walking around you can see many of them. Some of them are fighting against a crow or more in reverse order.
But if you are coming with your camera… nobody’s there. They are doing this on purpose, to annoying me. But one time I catched one of them. Unfortunately until I had my tele lens mounted, it was to high to get a full frame shot, but I cached em anyway. Ha! 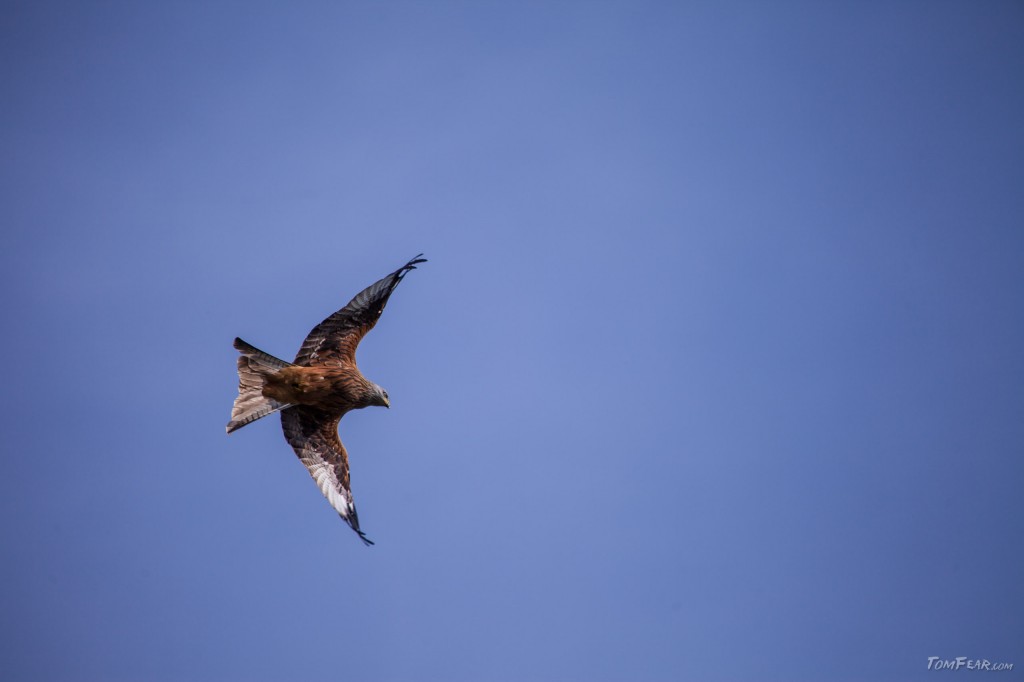 Yeah, I know. A bloomy monday again. But hey, it’s spring and everything is blooming, so why not share some spring feelings to you.
I hope I could made a pleasure to some of you by showing this nice little flower in the big grain field. 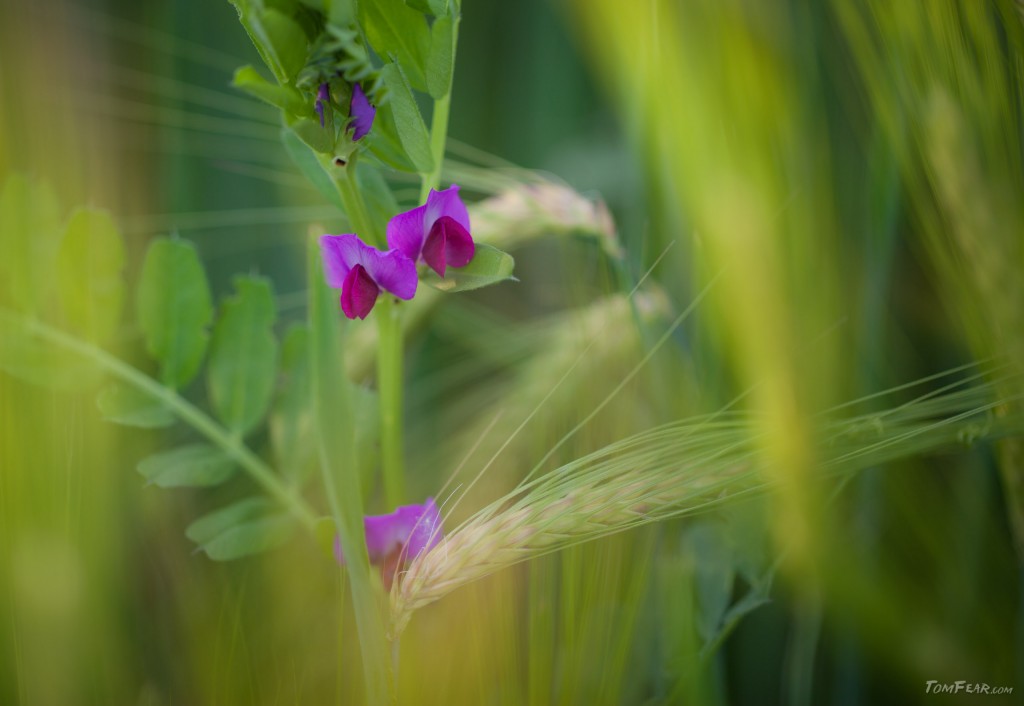