Although we had rarely a clear sky at our journey through Norway, I could make some atmospheric shots.
This nightshot from Bergen is one from this categorie. You can’t see any stars, therefore there are nice blue clouds in the sky. Because the blue hour, up here in the north is during a very long time. And if you can see all these people, the Norwegian must enjoy this long summer evenings too.
Therefore they have also very long winter nights, although for starscapes this can be not so bad 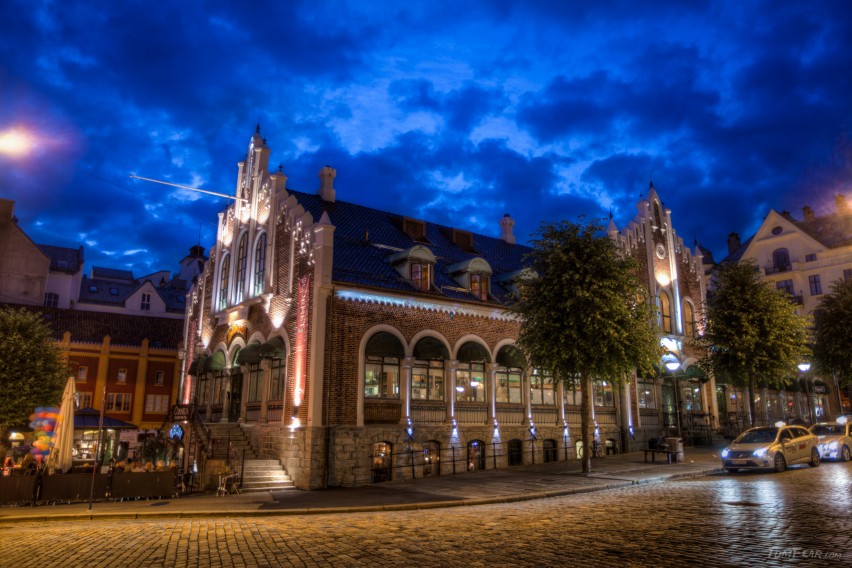 When the sky glows

There are evenings, you can see how it will come. Then you know, now you have to pack your gear, drive to a place with an interesting object and you will get a color spectacle.
And so it was at this evening, you coldn’t do anything wrong. There were several cloud layers were begun to glow in different colors. I do only have to press the shutter and thing was in box.
In such sunsets it makes twice as much fun with the right equipment to run a riot 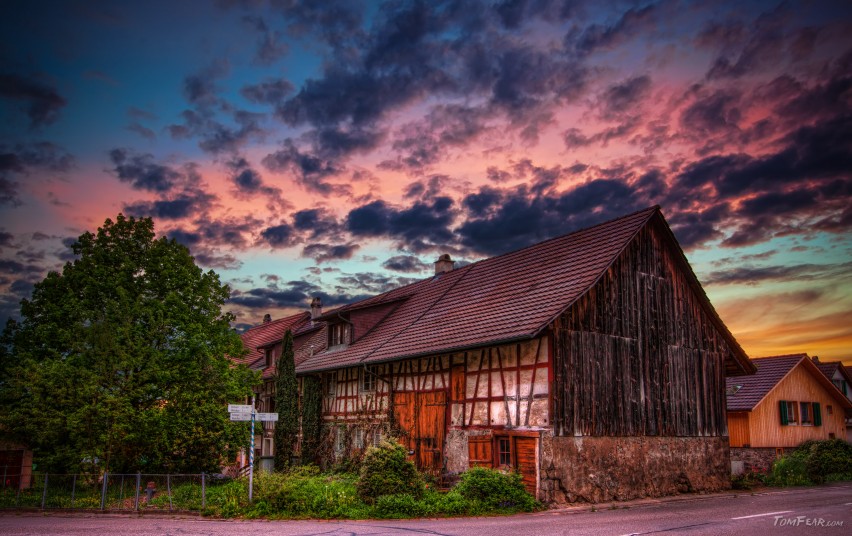 I don’t know whether I have told this story, but anyhow: My friend and I were climbing on the Mountain at night. A really hard climb, really steep and lightly bent. If you are watching upwards, you can see the end at the horizon, okay only a bit more crucifying and then you are there. But no! After half an hour or so, another look upwards and the horizon is still in the exact same distance.
This hill kills me pretty much, escpecially with all the camera gear on my back.
But now it comes really hard; short after we arrived the top, there is another guy coming up, take a fast image with his iPhone with flash! and goes down again. What a madcap, but now it becomes more worse. So after two or three hours later, we were still photographing, the same guy was coming again with four of his dudes on his tow. And this time the fellows were RUNNING UP! This should be FORBIDDEN!
After I was on the top, I was nearly to a heart attack, but these guys were still fresh, they didn’t were gasping and more worse, they agreed upon the next mountain right after this! This should be really forbidden… 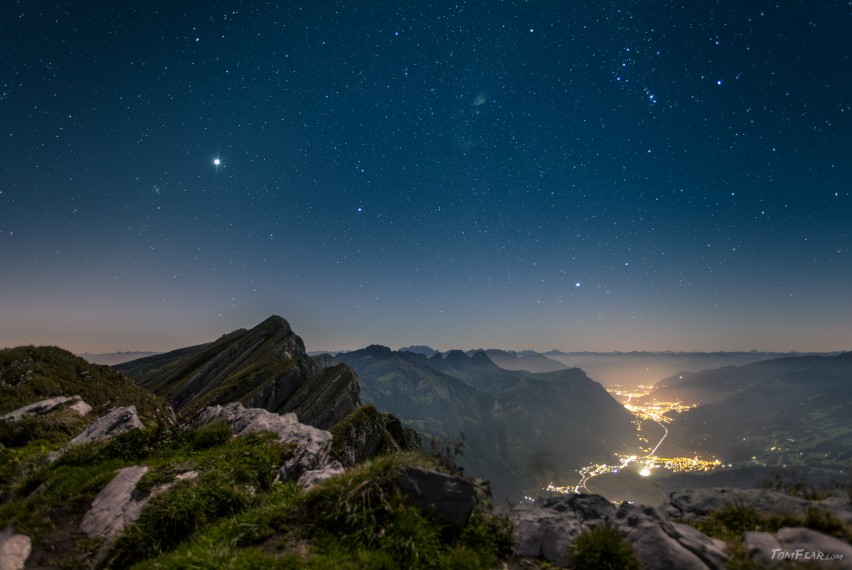 The pony is searching the whole long day after the last foodable grass blades, to get something between the teeth. It is bitter cold and the floor is already partly covered with snow. But bravely is it amble around for the last bit of green.
Not even it can enjoy this stunning sunset, poor pony.
Good is there a barn behind me with fresh straw and hay… 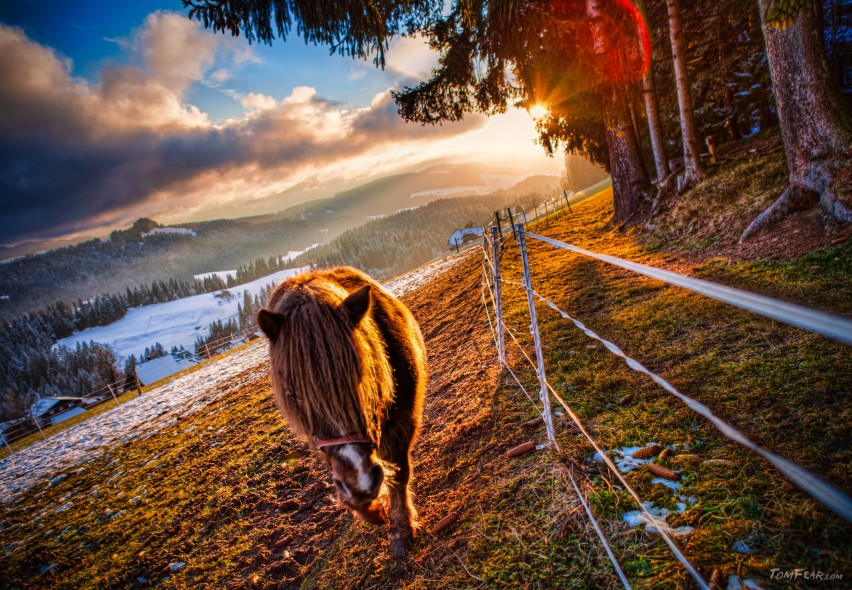 Wonderful how the Sigma 85mm f/1.4 the whole scenery is drawing so soft and only the choosen object is in the depth of field. I use this lens likely for portraits shooting to bring people out in the photo.
If I had choosen an aperture of 16, who will find this small chestnut in the whole image? But so it is surrounded by a beautiful and soften play of colors. Does the depth of field not act like a flood light spot on a dark stage?

After a sad message yestersay, today something more enjoyable. The cow Zara only some minutes old and still looking a bit befuddled around.
Only a few moments earlier, she was fallen out of the mother cow to the floor. It needs some more minutes until it can, only with much help of the farmer’s wife, stand up. And with lot more help, it tried always to suck on a piece of a string, it found the right place at the udder. 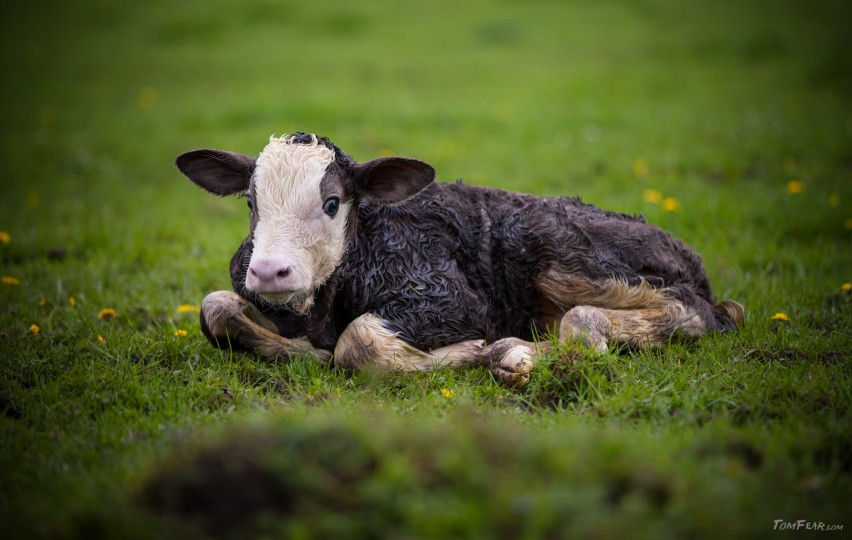 Where is the plane flying to?

Winter in the flatlands, fog the whole long day. But then suddenly, short before the sunset, the fog dissolves a bit and we can guess the sun behind the mountains.
She throws the shadows of the mountains in the sky and through the clouds we can see a lonely plane in the sky. Where is it flying to? To a warm, fog free place in the middle of the sea with palms and endless sand beaches…
Who cares, if you can see such a sunset, who wants to go to a south sea island! 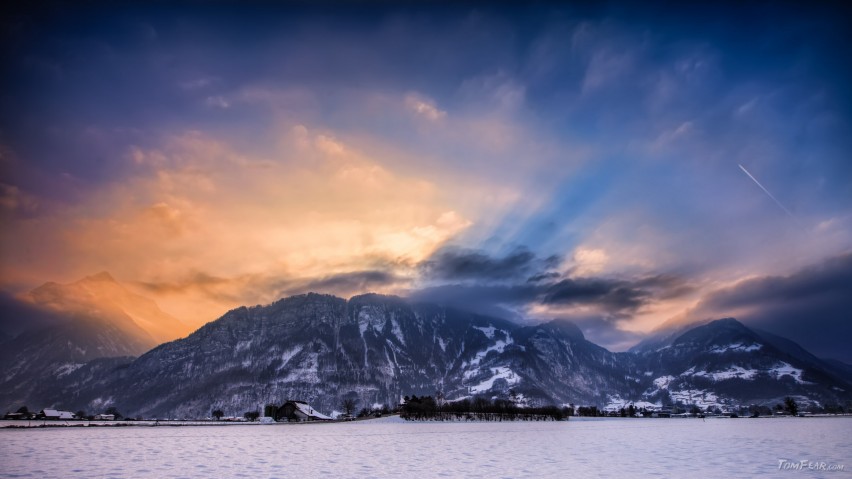 After a long and exhausting night in the alps without sleep but with many nice pictures, today a nightshot from Melchsee-Frutt last year.
If the moon is shining so bright, then you will see less stars than in a new moon night. But the landscape looks in the moonlight with this long exposure over two minutes, nearly like a day shot. But with stars in the sky. 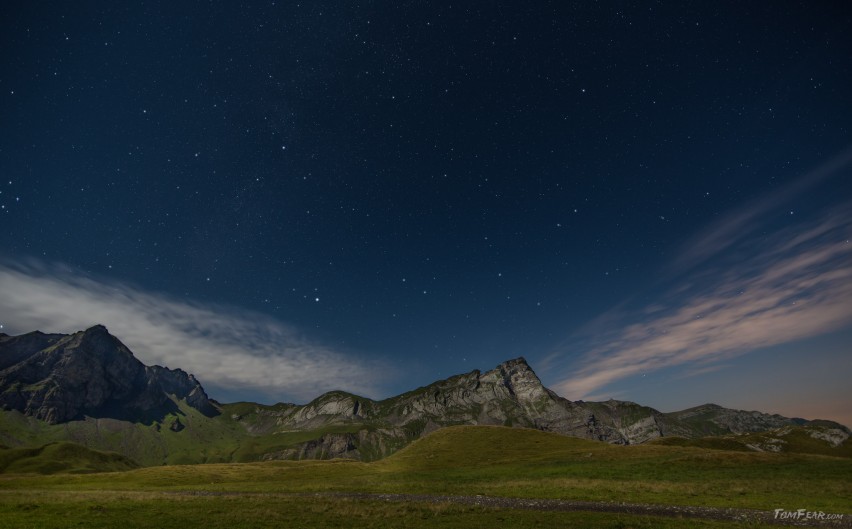 On the Lavey ridge

It was a beautiful saturday, as the photo lust grapped me again. Good for it, I was already in the Emmental and the way to the near Bernese Alps was short. The Backpack was ready in a few minutes and my furry budy was also with me.
We were walking from the Sillerenbuehl up to the Lavey ridge. Rather I would go further, but I didn’t know how long it takes until I am down in the valley and whether it is to narrow for my little dog. Therefore we returned at this point and after 6 hours we were back at the car.
My buddy Bubu was really tired at home, he was even to tired for his evening meal… 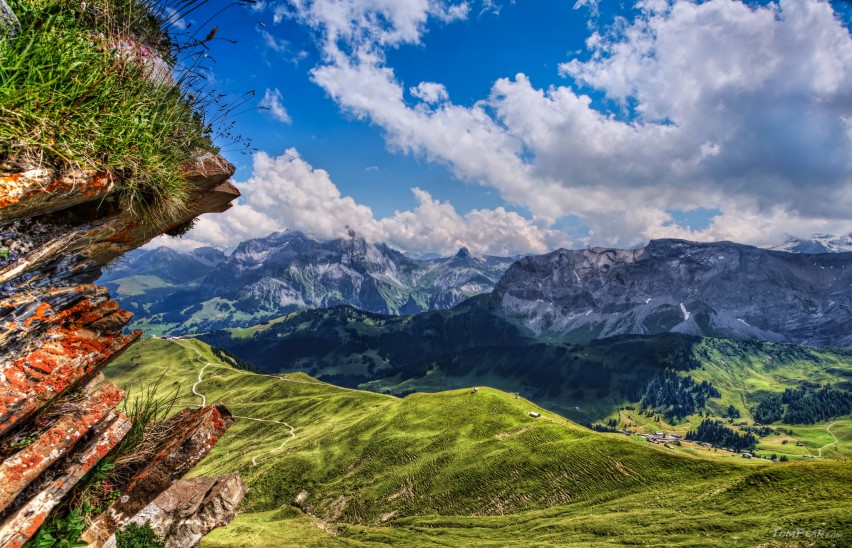 And again it’s Monday, let’s take the new week! For week start some colorful alpine flowers as anticipation for all of you who also goes for a walk in the mountains. And for all others a thought-provoking impulse, what kind of gorgeous things you can find in the mountains. There is not only the beach at the sea as a worthwhile destination.
In this sense, I wish you all a good week start or wonderful holidays. 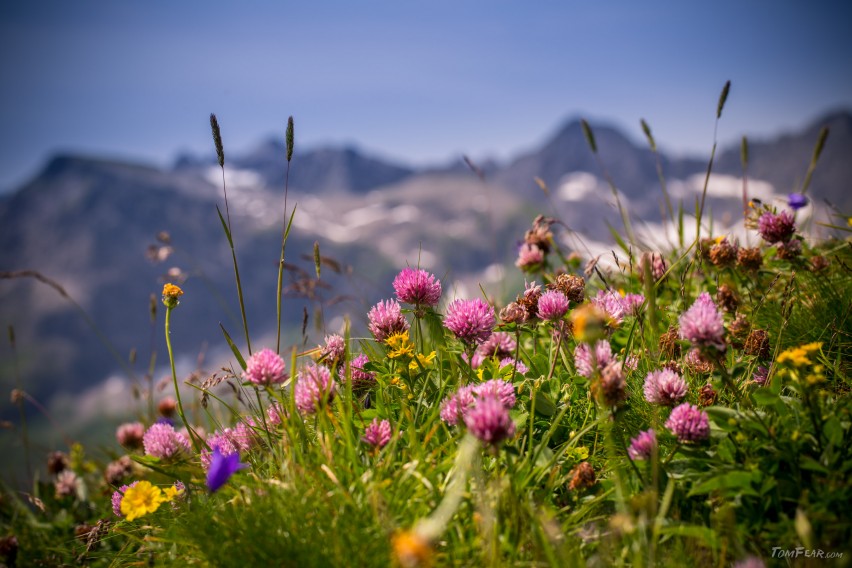