Fog on the lens

Two years ago, I bought an Astrotrac for making deepsky images. Huh, what’s that? Okay, it’s not so difficult. If you want to make some photos of the stars, then it’s the best if you can hold your shutter open as long as possible, because the stars are so small and less brighter than the sun. Unfortunately, for this kind of photos, the Earth ist spinning along her axis. You can use this to make some funny startrails, if you want, but I don’t.
Now I took the Astrotrac to hold the spin, virtually not in real :). It will turn your camera exactly with the same speed like the Earth is spinning, so you can make photos with very long exposure, in theory, but that is another story.
On this night, the first night we’ve got no moon and no clouds, I want to test my new toy, but the images were all so blurred. My camera must be broken, I thought to me, until I realised the upcoming fog which made my lens wet like rain. So I couldn’t make some deepsky images, but took this moody photo of the disturbing fog. And the reason because I make the most night images in the alps, the immens light pollution at the horizon. 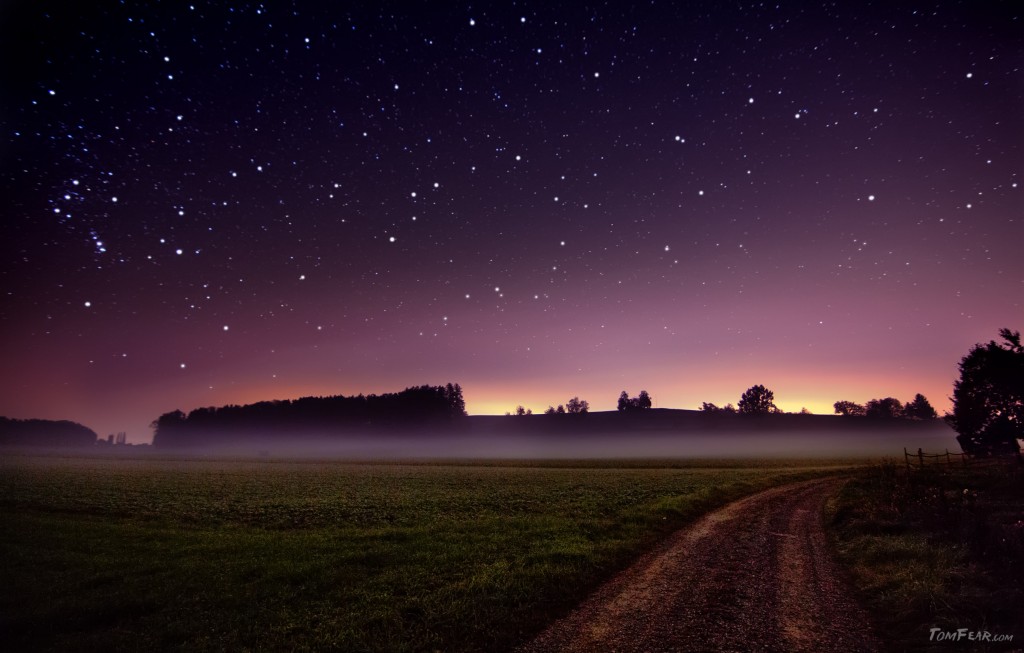