After an awesome sunset, the fullmoon was rising in the eastern sky. And because I was on the peak of the Faehnerenspitz while the sunset, I had enough time to look out for the best places with sightseeing, while I was walking down.
Whereas the moon was already high in the sky and his light was falling over the Appenzell and the residents were preparing for bed time, there was one jerk up on the hill making images of a really clear fullmoon night… 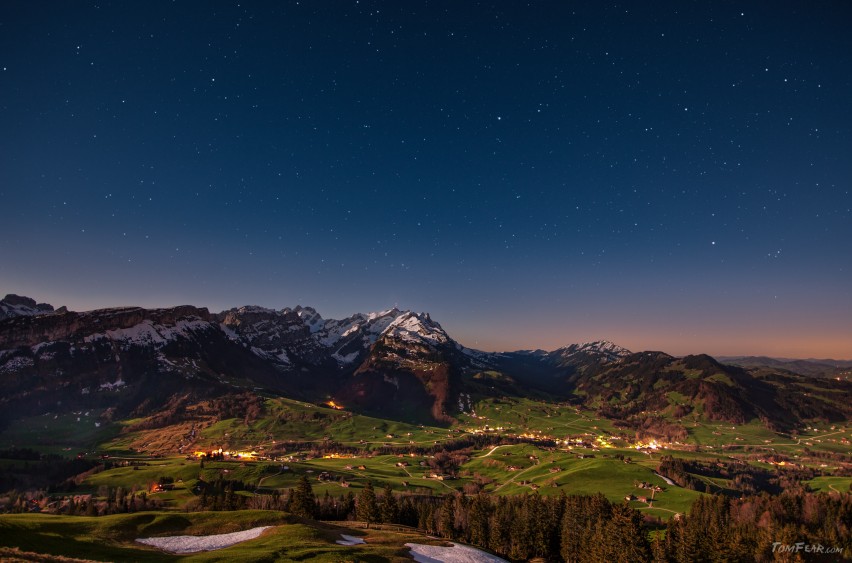