It was a cold winter night, I was lying in the snow on the top of a mountain, ready to take some starscape images of the alps. As suddenly behind me a chatter was going on.
I thought to me, what’s going on and turned me around and saw a bunch of people. And you won’t beliefe it, they were folding out their parachutes and not a long time later the first crazy guy was starting and left the peak on the air. There must be about 30 paragliders up there and all of ‘em took the way back over the air.
Oh boy, and I thought I am the crazy guy, at night on the peaks with my heavy photo gear, how I was wrong. 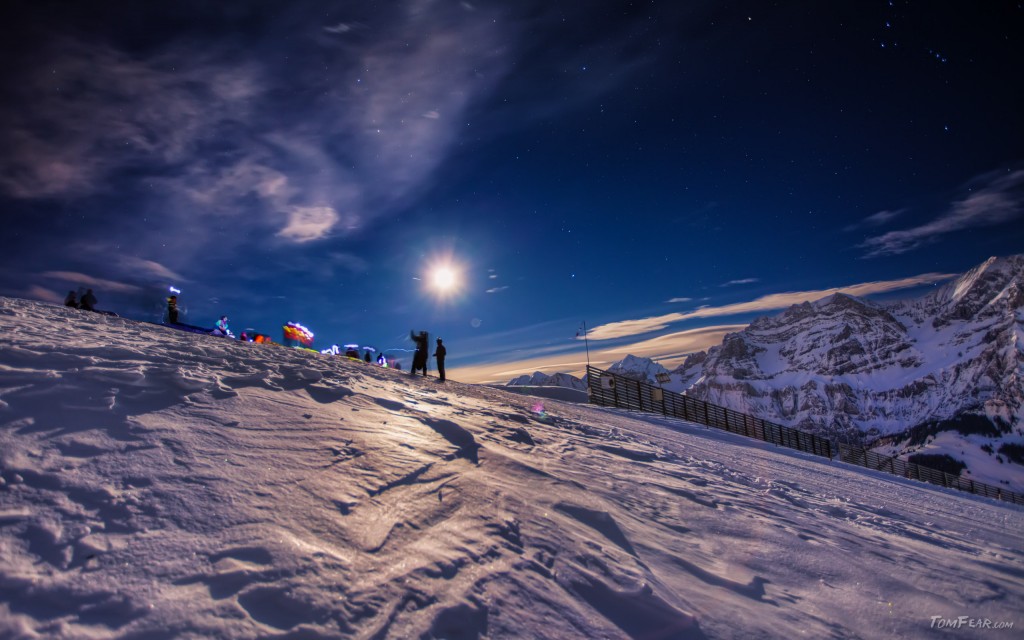