In the spring I saw a lot of bumblebees, busy collecting nectar. They are alle over the meadows and buzzing around. I thought, if there are so many of these fluffy insects, I should go for a photowalk to catch some of them.
But hell, I saw a lot of these little beasts, but they do not want to get pictured! Everytime I was neer, they flown away or moved around. It was so hard to get only one image without blur. At the end short before I would go back home, I saw this fellow. Allways it was turning away from me behind the grass blade, I changed my position, it changed the position too. ARGH! But at the end when it was pissing off, I catched em from behind like a speed camera. 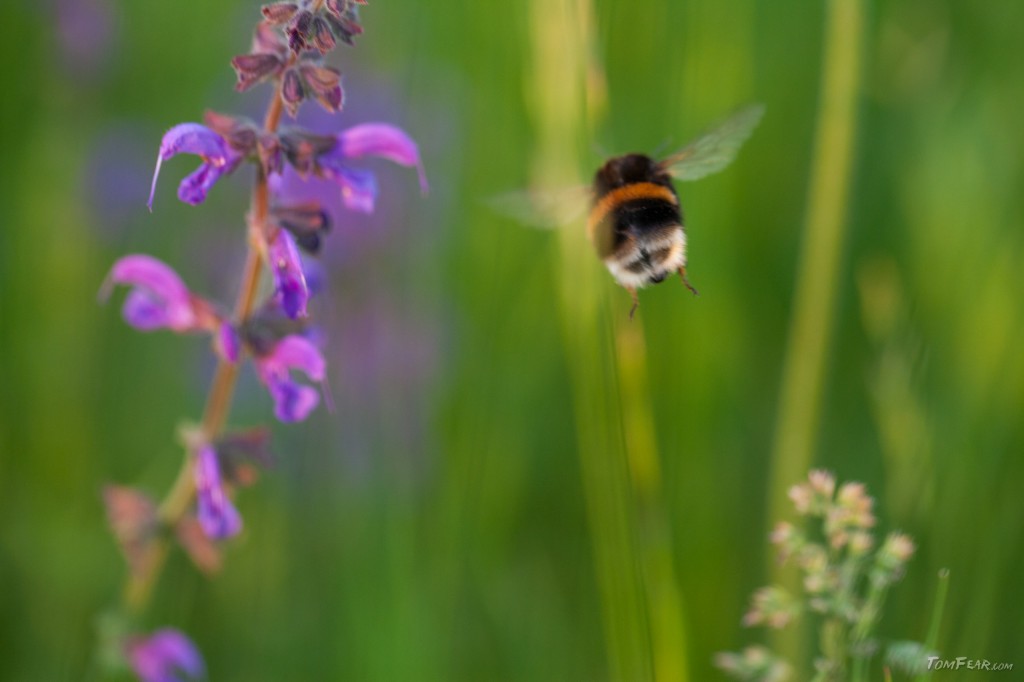