Today was a sunny day, I couldn’t enjoyed really because of my flu. But time to think about warmer days in summer time. Where you can find flowers and nice macro details for your photo gear. This puppies I found last summer on a field near my home. In front a poppy seed container and in the back the poppy seed production. Okay maybe I took too many drugs against the flu hehe. No, no, don’t be afraid I will not start to sing 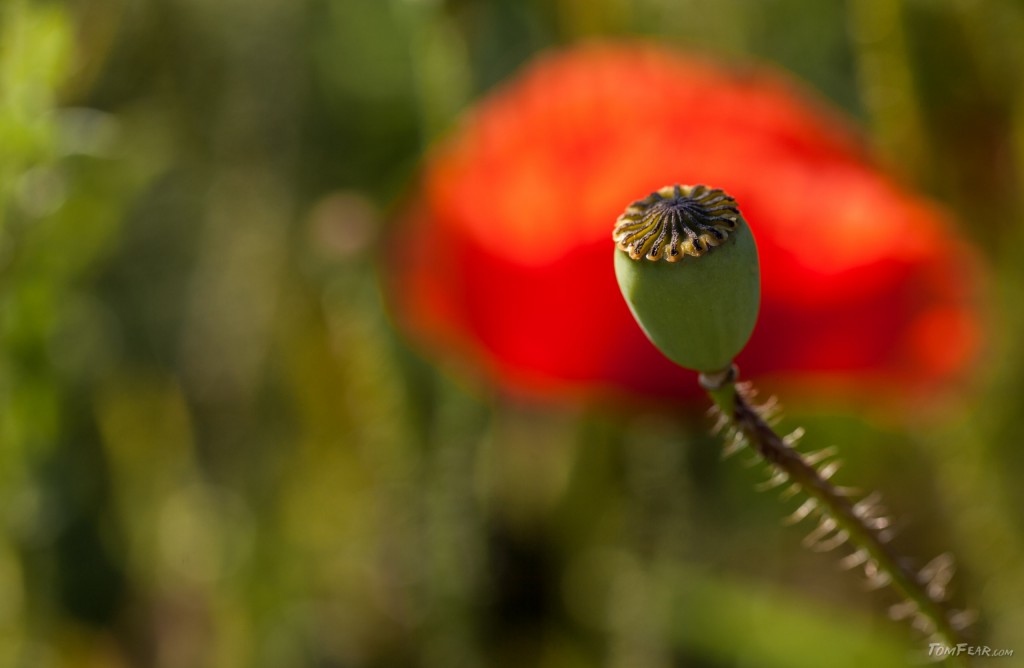 Another famous building from Vienna, the Burgtheater. It is also a shot from my nightly photowalk through Vienna. Short text because the flu has catched me. I will try to write more tomorrow…

A starry sky in the wood

After starting to hike up the hill, the sky was getting clearer and clearer. So we had no choice to stop in the middle of the wood to take some photos. It was also a good opportunity to try something new. Because of the missing moon, it was very dark in the forrest and you saw only the border of the trees. So I took my super bright flashlight and lighten the trees up. For me it looks better than only a black outline of the trees. 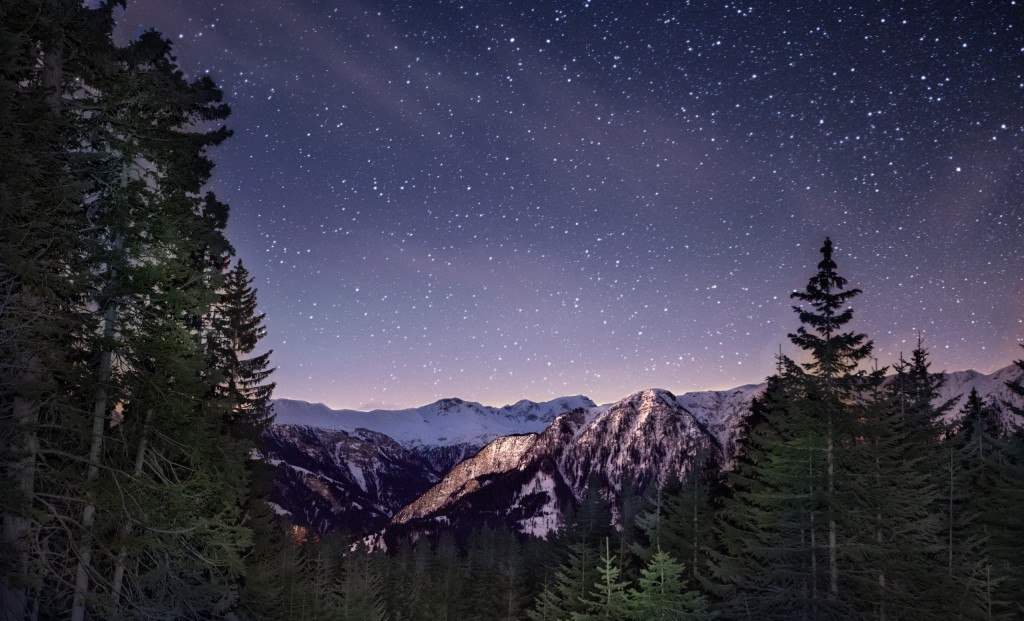 You know, Tschappina, the place who didn’t wants to get on an image. Before my second journey I checked the whole day the weather forecast and the webcams. And it looks good, very good. Not any cloud at the sky and the moon was also not in sight. Okay, I thought, go for it! Packed my gear and drove 2 hours up to the place of my desire. I parked my car watched the sky, perfect. It was damn cold, under -20°C, but hey no risk no fun. Packpack up and walked the steep hill upside. And you don’t believe, I was sweating, it was really steep. Then as I thought I’m high enough, I walked more to the east, to get a spot over the hill down to the valley. But what was that? FOG! The whole valley was full of FOG! NO, not again!
Sigh, the only view,without fog, I had was to a near Mountain. Okay, take some pictures and go home, frustrated… 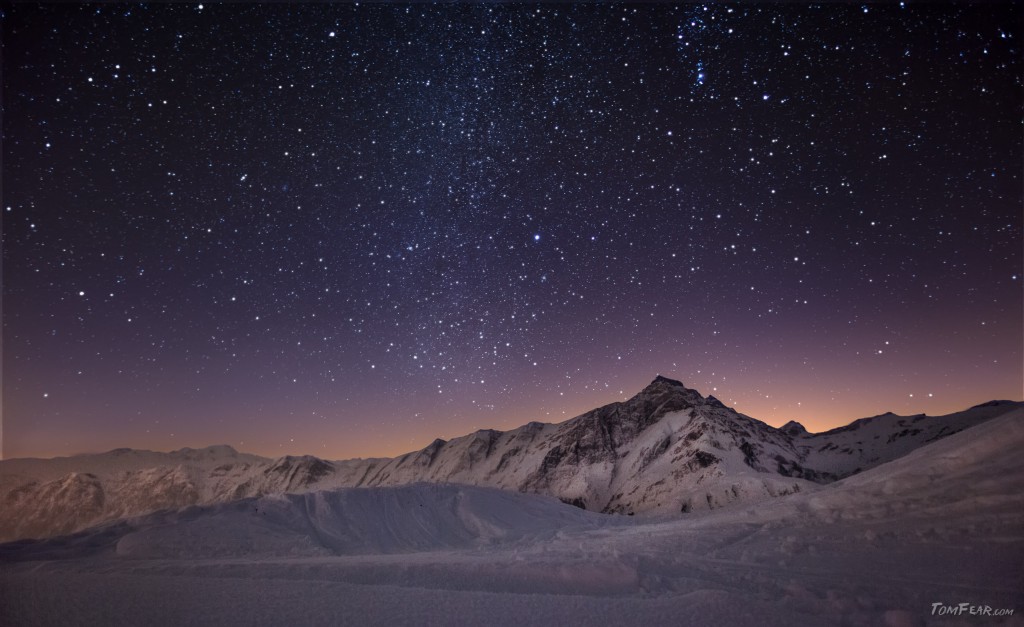 This was the night before the wedding of friends of mine. It was a mild spring night and we stayed outside of a restaurant in Weinheim, drinking, eating and were anticipating for the next day.
As a nightly photoshooter I could not resist to take some images of this pretty small town. At the background you can see the nearby church and at the top of the trees you see, it was not completly windless. What also cool is, there are not only this yellowish sodium vapor lamps and this gives the image more colors. It is a bracketing series of three with 2ev steps. 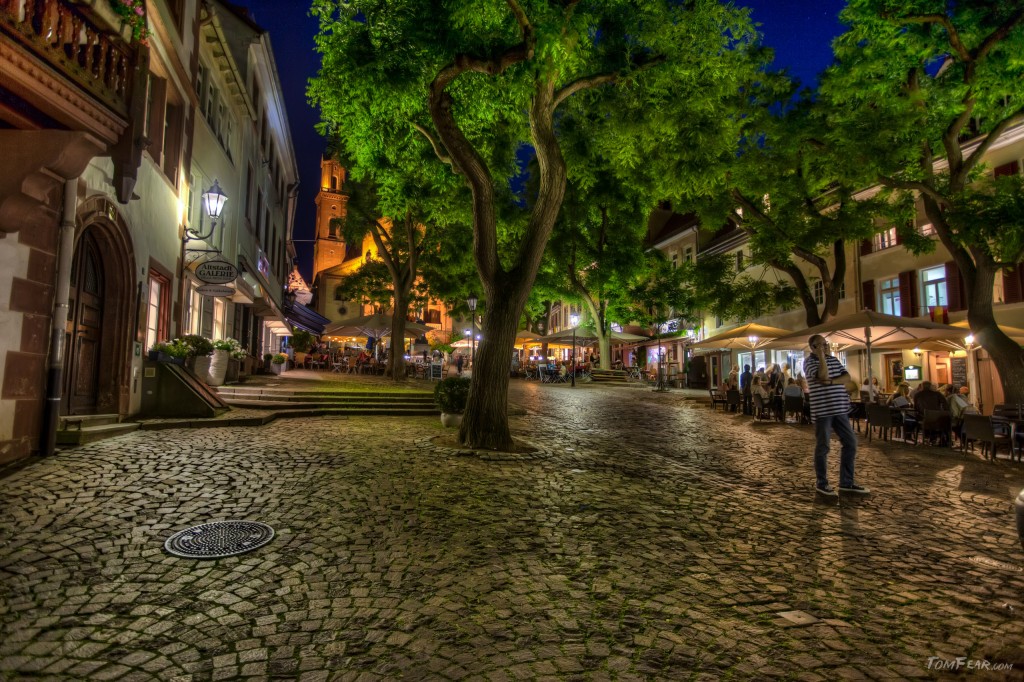 Firs, the next generation

One day I was on a macro expedition in the garden, where  I found this very colorful fir cones. I didn’t know how colored the cones are at the beginning of their growing. They looks like flowers, I was very surprised.
It’s always a nice discovery, if I use my macro lens and go out to the nature and see things I never have seen in this kind. 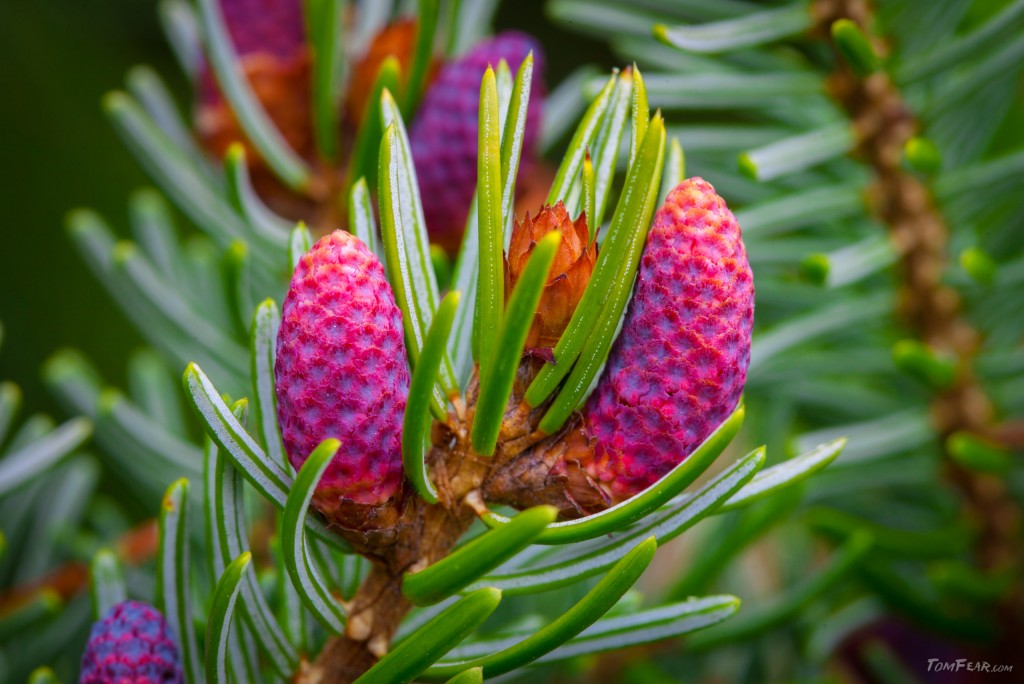 This is an interesting view of the Brooklyn Bridge in New York. It’s only me and the bridge… and about 2000 tourists on the bridge. This was the only angle without any people on it. Next time I will go early in the morning for the sunrise and then… maybe are there all the other photographers with the same silly idea

But hey, I will try it – promised! 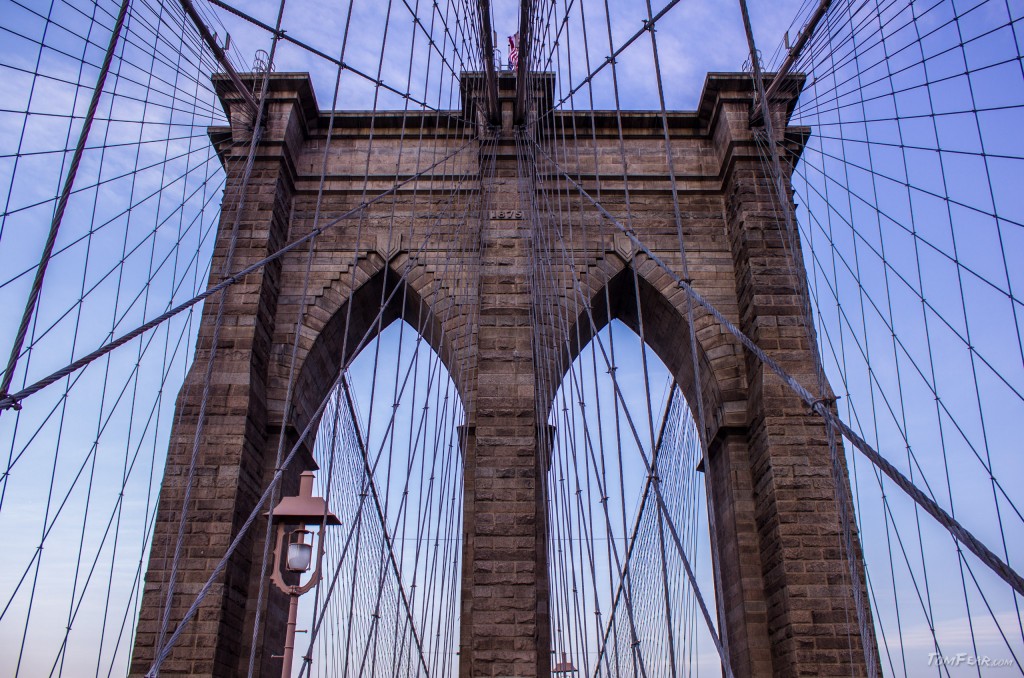 On my nightly tour through Vienna I came to this impressive building. The Cafe Central was founded at 1876 and closed at the end of World War II. In the 1980’s was the building refurbished the the famous cafe has reopend in this building with the name “Palais Ferstel” again. It is another part in Vienna with history and if you visit this town go and get a coffee at Herrengasse 14. 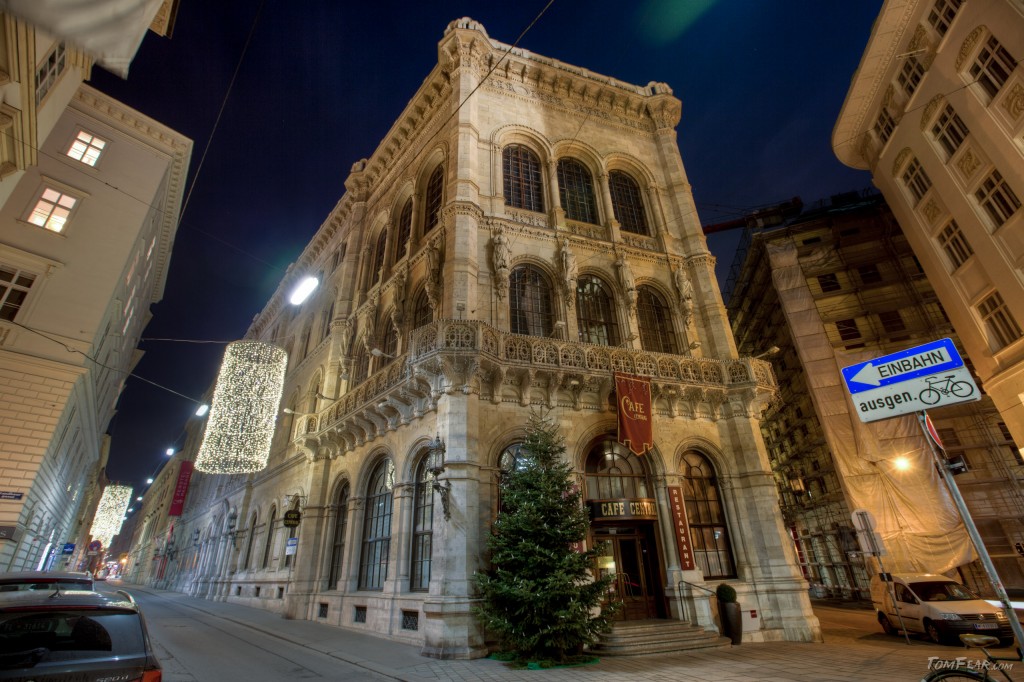 Some of you will remember other pictures of Tschappina, which I have postet earlier. Well, as you know it was hard to get some shots with a view to the starry sky. But after only 4 times to drive up there, we had a chance to see some stars. And this is one of the pictures I could shoot at the short breaks the clouds get us. At the 4th journey was it mostly cloudy too, but not complete and we used our chances shamelessly 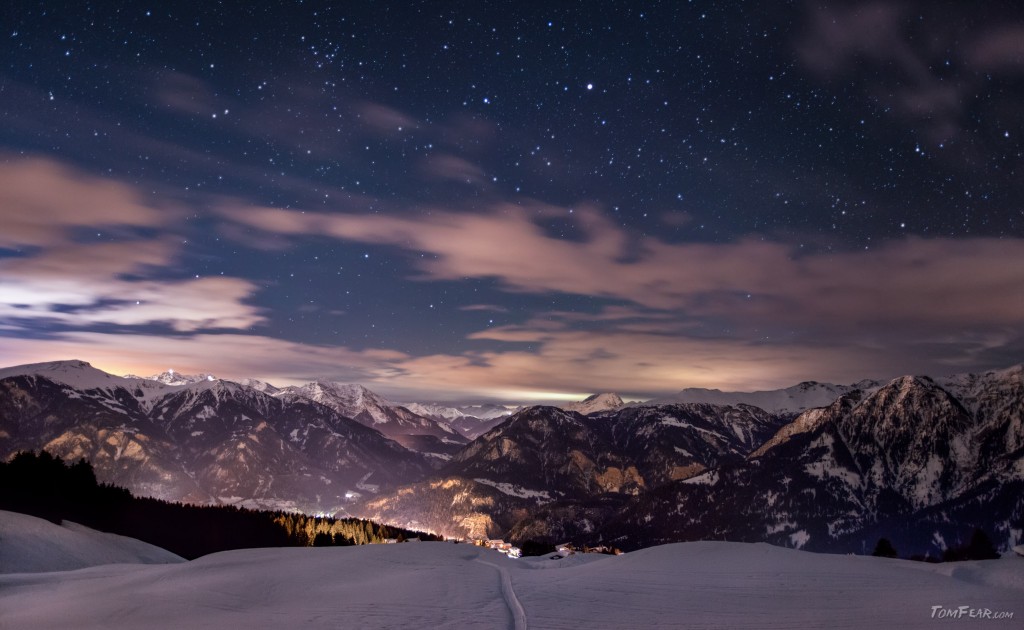 The sun and the rain

After another week of grey weather, I need more color in my life. So I poked in my archive and found this wonderfull spring image.
It was a rainy day and I came home from our weekly food shopping, as the clouds unexpected moved away and the sun spent her light over the landscape. I let my wife alone with all the shopping parts and run up to the nearly hill. And I was right there before the sun was away and could take this breathtaking photo.
I needed 7 images with 2ev steps to get the full dynamic in this scenery. 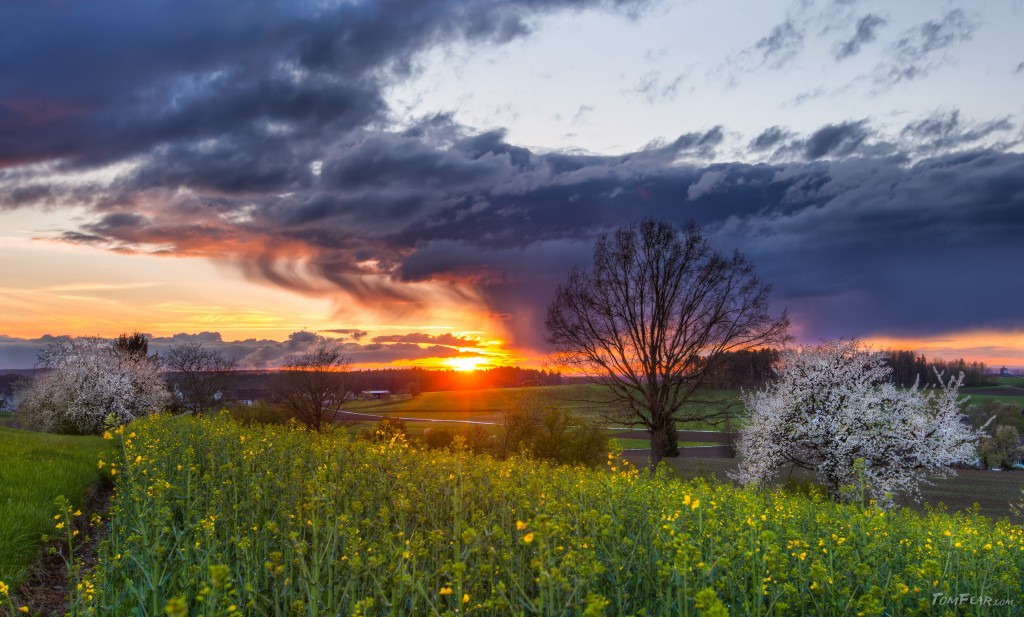